As the recession progresses and financing remains difficult to come by more and more small businesses are asking me about ways to increase revenue by getting more customers (nice strategy). To do this they are looking at combinations of marketing, sales and an enhanced web presence. To begin to address this demand among my clients I contacted Oxiem Marketing Technology and asked them to…

How Facebook plans to reinvent email and online messaging

Facebook announced a new version of Facebook Messages today that could
put the social networking site at the center of your online
communication. Click here to read how it will work.

5 things that can screw up your exit strategy

When you are starting up your own company, you’re generally not thinking about acquisition. Any stock you give for services (or sweat equity) is likely done out of necessity and expediency.

For the successful and the lucky, those distant dreams of acquisition
can become reality. But there are a number of hurdles you can
inadvertently set up for yourself in the early days of your company that
can make that more difficult.… Continue

Are You Going To Get Big? Act Like It

There is a difference between a traditional growth business and a high
growth business. There is nothing wrong with either one but you can't
be both at the same time. It is not uncommon for a traditional business
to inquire about seeking investors which their growth path can't
support but more and more I am hearing from early-stage entrepreneurs
that have an opportunity to really grow that are acting like a the
corner store. They are asking for dollars to pay for… Continue

Speaking from a script doesn't have to sound scripted

I generally don't recommend using a script or memorizing a presentation,
but there are times when you don't have a choice, like when you're
handed a script to read that was written by someone else. Or you may
choose to use a script when your audience can't see you; for example,
when you're giving a webinar.

So for those of you who occasionally use a script, click…

The Magic In Social Media for Small Businesses

How to secure the next round of funding

Approaching the venture capital community with the hopes of getting funding can be daunting. However, understanding where you are in the cycle can help prepare you for what to say – and more importantly, what
VC’s want to hear to feel confident in their investment.

Whether you’ve been in business 5 days or 5 years, this program is for you. By the time you leave this event you will have a complete action plan ready for immediate application and success!

Spend the morning of October 1 with Bob Burg and you’ll learn how to quickly and easily build a prospecting and referral “Machine” to continuously create more sales than you ever dreamed possible! If you’ve ever asked
yourself the question, “Who do I talk to next, now that my…

How to Find Your First Customer

Starting your own business can be as exciting as it is nerve-wracking.
Your road to future success starts with your first customer. Landing
your first customer will require a mix of old school face-to-face
networking and plenty of time behind the computer building your brand
online. If you're ready to make the leap to entrepreneurship check out this guide
on finding your first customer that will prepare you for that first sale and
future sales.…

You've got a killer website that potential clients are visiting. But how do you turn those visitors into paying customers?

Whether you offer a product or service, online customers can be fickle.
According to Forrester Research of Cambridge, Mass., 88% of online
shoppers that begin a transaction don't complete it, a term known as
"shopping cart abandonment."

And consider this: Researchers say consumers searching for goods or services online will visit an…

How do you Network Comfortably?

The following post is taken from the blog of Written Impact and written by Gina Bericchia.

This week Lori Crock and I attended several networking events around Columbus, both together and separately. Some were labeled “networking”
and other events we attended had networking built-in and natural.
Because we both love to learn, we usually… Continue

Should You Be An Entrepreneur? Take This Test

Some of your friends are doing it. People who do it are in the front pages and web almost every day. Even President Obama is talking about it. So should you do it? Should you join the millions of people every year who take the plunge and start their first ventures? I've learned in my own years as an entrepreneur -- and now an entrepreneurship… Continue Most people get into business because they have a passion for what it is they are doing. They have a passion about their product or service that drives them to share this with the world. However, many of these same people do not share the same passion around business activities especially sales (and of course accounting but everybody hates accounting). Why is that? I would suspect that is because people think they need to emulate the negative… Continue

Unless You Are An NBA Star Protect Your Personal Brand

Although I'm not a huge NBA fan, like many other Ohioans, I found myself
following the Lebron James "Decision" (it was either that or watch the
World Cup, child please). Throughout the process I was fascinated with
the deterioration of the "personal brand" that he had spend the past 10
or so years building. By the time he finally announced I found myself
thinking...what an A-hole. Was this bad advice or bad branding? As
time pasted I started thinking that this… Continue

15 Warning Signs That Your Business Sucks 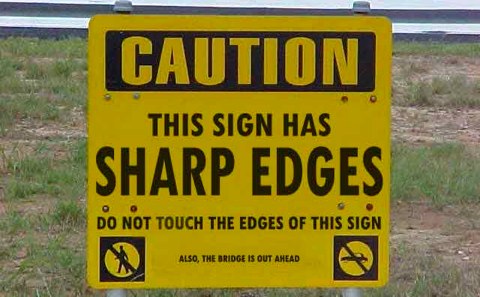 Let’s face it, you’ve wondered if your business is going to succeed or not. You keep on pouring your heart and soul into your business but for some reason you aren’t making a ton of money.

Well the sad part is,…

Are you coming to the Ohio Growth Summit? If you are on the fence check out Andrew Moon of Network Logix as
he discussed why he is coming.

The Ohio Growth Summit is June 9…click here to register.…

We at the Ohio SBDC are proud to be partnering with Tiffany Timmons to present "Sell Naked...Successfully!" on April 28. I have seen so many small business owners struggle with sales to the point where it wrecked their business. It doesn't need to be that way. You can be the top sales person in your business...who else has more passion that you about your business? All you need are some skills to transfer your… Continue

The Chamber Board is pleased to announce the appointment of Fred D.… Continue

Check out friend of the Ohio SBDC, Rob Coats of Connectionaire.com discussing the "How To" of networking. Really good stuff!… Continue

Embrace feedback, but don't let it own you

Gina Bianchini recently stepped down as CEO of Ning. Right before she left her post, however, she sat down with Bambi Francisco Roizen to share her experience as a first-time entrepreneur. Gina founded Ning, along with Marc Andreessen, and then ran it as CEO for the past several years. …